The “Othering” of Disease: Xenophobia During Past Pandemics 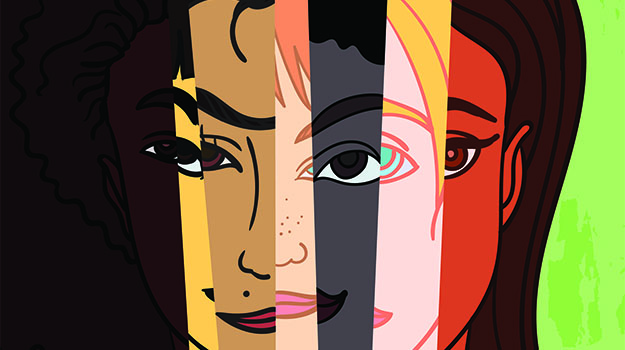 The global COVID-19 pandemic has raised significant issues that transcend medicine and health, illuminating a long history of racial fears and anxieties that have been a common framework through which people evaluate concerns around global viruses.

Global headlines continue to report on the rise of racist attacks and hate crimes associated with the current pandemic, while also acknowledging that this transference of disease-driven fear onto “the other” is not unique to the COVID-19 outbreak.

Nellie Tran, Ph.D., Associate Professor in the Community-Based Block Multicultural Counseling Program at San Diego State and Vice President of the Asian American Psychological Association, explains how “historical context helps us to see how already marginalized groups of people tend to be scapegoated in times of crisis and fear.”

Societies facing novel pathogens have often engaged in that scapegoating of certain populations, especially when the disease source can be linked, even inaccurately, to a distant place.

What’s in a Name?

Historically, people highlight foreignness in the naming of pathogens: it’s the “Wuhan” flu or the “Chinese virus”; the “Ebola” virus, named after a river in the Democratic Republic of Congo; the “Spanish” influenza, even though that microbe didn’t originate in Spain. Tellingly, it is rare that we apply this same naming convention to diseases with an “origin” close to home---after all, HIV was discovered in New York City, and MRSA first exploded in Boston.

Of course, this idea is ostensibly inaccurate and misleading. The “Spanish flu,” for example, largely came to be associated with Spain for political reasons, not because the H1N1 virus originated there. As a recent CNN article explains, other countries hid news of the disease outbreak to avoid informing WWI enemies that their soldiers were sick. At the same time, Spain, a neutral participant in the war, didn’t suppress news about the virus and subsequently created the false impression that the virus originated there. 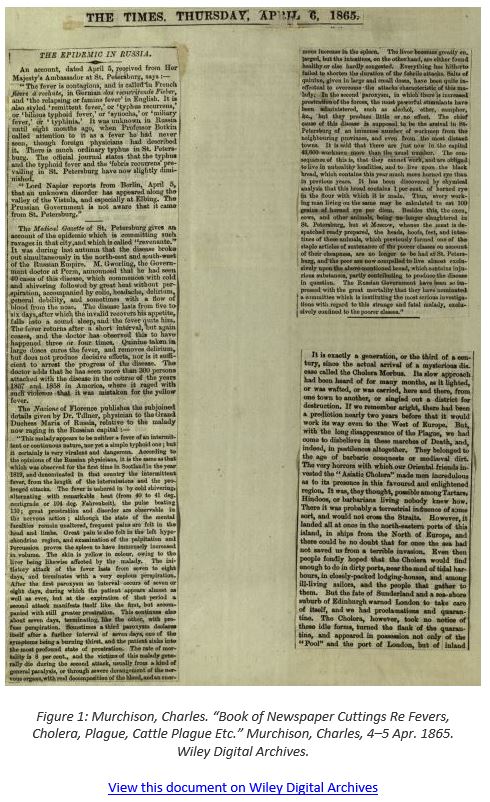 While naming a disease after specific people, places or animals can be a strategy for promoting fear, it can also impart a sense of safety to the public. An 1865 book of newspaper cuttings from the Royal College of Physicians archive discussed how diseases were seen as having “belonged to the age of barbaric conquests or medieval dirt,” and so, therefore, “the very horrors with which our Oriental friends invested the “Asiatic Cholera” made men incredulous as to its presence in this favored and enlightened region.” In other words, something this monstrous and unknown could never happen here, only over there.

In today’s case, the dangerous and illogical suggestion is that if the Coronavirus is “Chinese,” then Chinese people should be blamed or avoided. Simultaneously, this creates a misplaced sense of security that the “other” will be affected more severely than they will. Not only does this promote racism and systemic inequality, but it can also halt preventative measures and safety guidelines in their tracks. 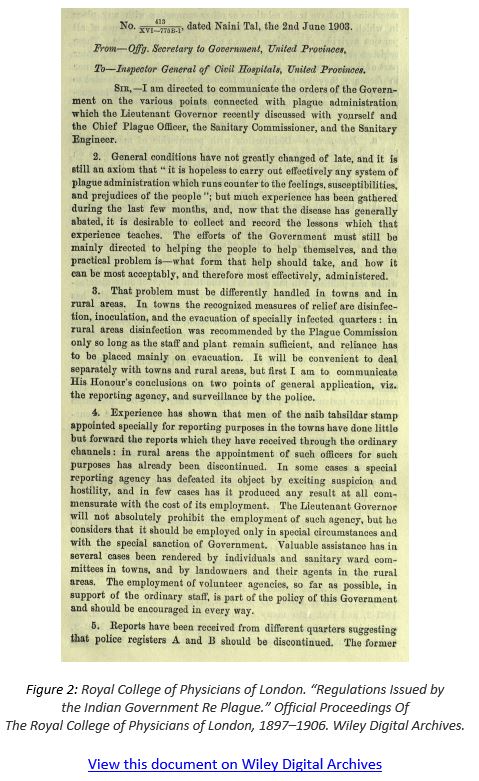 To that end, avoiding xenophobic and prejudiced rhetoric has historically been a delicate line for authoritative figures and groups, and it’s one that has often been crossed. A 1903 regulation by the Indian government on Plague administration claimed, “General conditions have not greatly changed of late, and it is still an axiom that it is hopeless to carry out effectively any system of plague administration which runs counter to the feelings, susceptibilities, and prejudices of the people.”

To escape the possibility of international (or internal) blame, governments and authority figures have historically used scapegoating methods. Nowhere is this more pervasively exemplified than in the archive of the Royal College of Physicians, with collections and primary source content spanning 700 years of history. For instance, when discussing nationwide vaccination efforts for livestock, a British newspaper from 1865 lamented, “Can the British farmer be expected to keep all his stock vaccinated for protection from a foreign disease which, under proper management, should never come within a thousand miles of our shores?”  Or, here again, in a letter from 1883, a government official asks for temporary medical officers and inspectors “in the event of foreign disease being imported.” 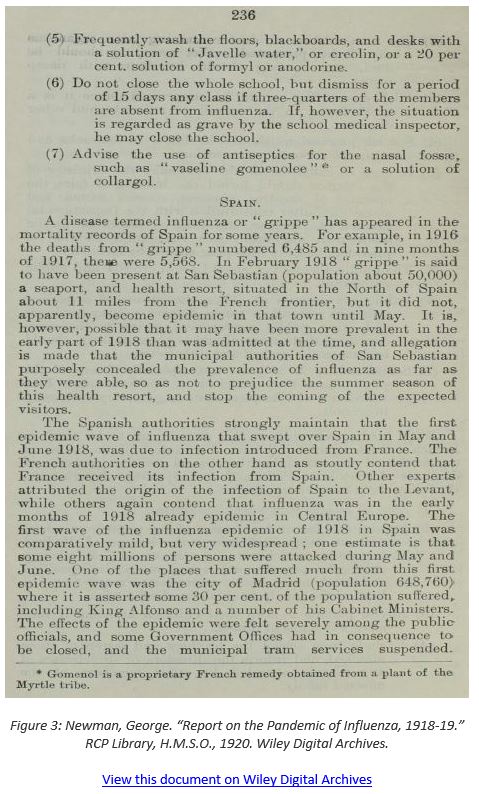 This “us vs. them” mentality is, unfortunately, ubiquitous globally. A report on the influenza pandemic from 1920 mentions, “The Spanish authorities strongly maintain that the first epidemic wave of influenza that swept over Spain in May and June 1918 was due to infection introduced from France. The French authorities on the other hand as strongly contend that France received its infection from Spain.”

In an interview for Vox in March 2020, Natalia Molina, a professor of History and American studies at the University of Southern California, addressed the ways in which governments must balance legitimate concerns about an epidemic against the temptation to overstate the risk or incite hysteria about a disempowered population.

“We need to focus on behaviors and practices,” Molina stresses, “not specific population groups. We need to talk about geographic zones, but we can’t map the disease onto certain bodies based on race and appearance — that’s not going to be helpful.”

While xenophobia, scapegoating, and “othering” have always been a pervasive consequence of pandemics throughout history, it is particularly striking that even centuries later, the instinct to blame persists.

Distorted by socio-cultural biases, our views about race frame the way we perceive public health threats. This is both dangerous for targeted groups, and, as we have seen time and time again, entirely unhelpful in terms of disease treatment and eradication.

From social injustices and inequality to xenophobia and blame, polemic reactions to the current health crisis underscore the need for increased education and understanding of race and ethnicity, and the historical structures that govern it.

To explore the historical social, political, and economic impacts of pandemics throughout history, request a free trial of Wiley Digital Archives, and gain access to the digital archives of the world’s most influential academic and scientific societies and universities. 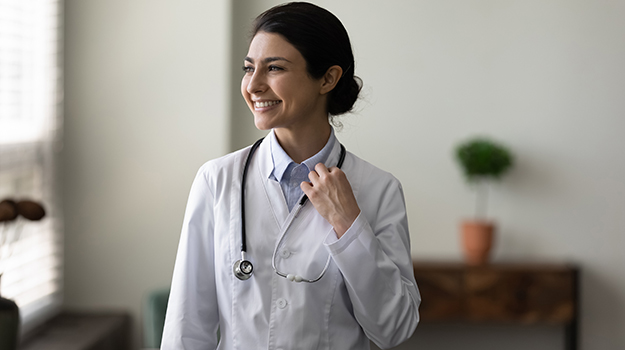 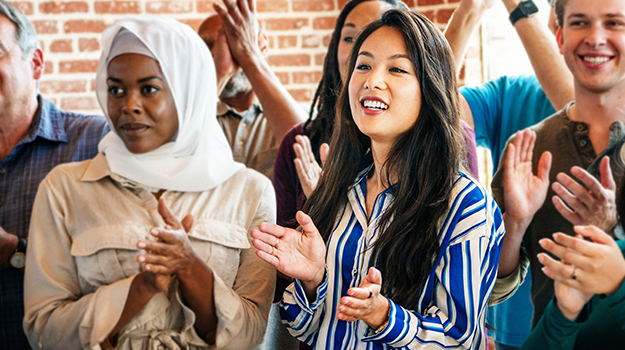