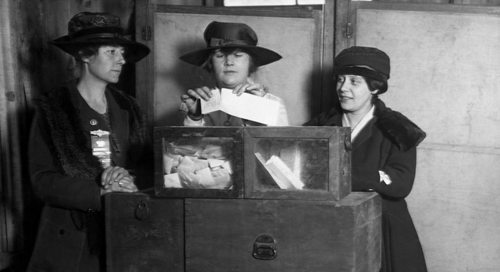 Women’s History Month is a celebration of women's contributions to history, culture, and society and has been observed every March since 1982—at first for just one week, then the entire month, starting in 1987. This year's Women's History Month is cause for a bigger celebration! 2020 marks 100 years since the ratification of the 19th Amendment, the culmination of a decades-long fight for women's right to vote in the United States. ​

In appreciation of this milestone, we are recognizing women's achievements throughout history by attributing their accomplishments to the #thenumber100. Here is a select group of women we're spotlighting. Is there anyone else you think should be added to the list? Leave us a comment below! ​