How Is Your Mental Health Today? Q&A with PhD Balance

Researchers often face looming deadlines, high pressure, and uncertainty in their careers. They are expected to be resilient in high-stress environments where time constraints, limited resources, and sleep deprivation is considered a rite of passage. However, the newest generation of researchers is challenging this assumption of suffering. PhD Balance is a new organization that aims to provide community support for academics’ mental health.

We spoke with two of the researchers behind PhD balance: Susanna Park (SP), director of development & engagement and Diana Klatt, director for communications & social media. Klatt is an epidemiologist focused on researching place-based health disparities and Park is a third-year PhD candidate in global public health who is researching help-seeking behaviors among Native American women who have experienced violence. Here is our interview, edited for context and clarity.

Wiley:   How common are mental health challenges among graduate students?

Park: Nature published an article last year, and they saw that graduate students were six times more likely to experience depression and anxiety than the general population.

Klatt: There's also the additional stigma and issues with talking about mental health, especially on campuses or around schools, because it might impact the ability to get funding, to get grants, or to actually work in certain spaces. Your mentors and advisors or PIs (principal investigators) might not want to work with you if you're open about it and talking about it. So, the reported amount is that it's six times more likely, but it's likely even higher than that because of under-reporting in general with mental health issues.

When we talk about mental health and graduate school, I think people can be really dismissive and say, ‘Oh, it's because graduate school is hard. That’s why you're feeling depressed and anxious, but that's normal.’ But I don't know. Should we be normalizing it to that extent? Or should we actually be talking about it?

Klatt:   Mental health issues are definitely out there and definitely visible. I don't think it's uncommon. And professors and mentors and advisors are well aware that it's happening, but they're not really doing a whole lot to talk about it.

I am fortunate, the place that I'm currently working, they have this thing where they want you to get up every few hours for 20 minutes. It's a wellness thing, and they want you to go on a walk. Sometimes people will come and say, ‘Did you do that yet?’ And I'm like, ‘Did I do what? I have deadlines. I don't have time for that.’

So even though the company has a wellness program, it's not necessarily enforced because they're not building it into the schedules they set up for you. They put it in writing but then they don't put it in place.

Wiley:   What are some actions that employers could take to support mental health?

Klatt: I think it's mostly under-resourcing and the people that are in director positions, or even in management positions, not recognizing what the people that are running on the ground and doing the work that they're doing in the amount of time it actually takes to do that work. Maybe if there was some way for people to have a group dialogue or actually observe what's being done, then they would understand how to implement that.

Park: I think a common theme that pops up for me is the idea of systemic change versus individual change. At academic institutions, they'll give you resources to campus mental health centers, or mental health resources, or they'll put on a mental health week. A lot of the problems are coming because of systemic pressures, but the pressure is on the individual to feel better.

So they'll tell you things like, go do yoga, go get therapy, exercise. These are all proven methods to help you have better mental health. I exercise at least four to five times a week. I try to eat pretty healthy. I do all these things, but I'm still so anxious. I’m not asking for the system to change in a way where they cure mental health illness. I don't think that's what people are asking for. At least make it a space where we can talk about it and feel like people care.

Klatt: At my graduate school, for example, the therapists didn't understand. They seem so detached and didn't understand what was happening. And then if you brought something up in a lecture or in a course, or talking to the professor after, they were also detached. Maybe there’s a way to implement a mental health program and embed it into the curriculum so that people actually pay attention to it in that setting, so that it's integrated into the daily activities.

In my personal experience for both undergrad and graduate school, they had a campus therapist, but they only allowed you to go twice in a whole year. That's what they covered.

Wiley:   Why do you think mental health is taboo in academia and research?

Park: The culture of academia, traditionally, is you have to suffer to earn your degree. As I mentioned earlier, it’s six times more likely for graduate students to experience anxiety and depression.

Faculty are also suffering in terms of mental health. Because they were also graduate students, and they just never addressed it. Now they're faculty and they're still suffering. And I don't doubt that it’s leaking out onto how they mentor students, too.

Wiley:   What can academics do to support each other?

Klatt: It's mostly just being able to actually talk about it and let your colleagues know that you're there. It used to be so siloed, where you might be silently suffering, and now if you're openly talking about it, then someone else knows that they have someone they might be able to talk to and feel like they're in a safe space.

Park: It's very normal to ask people, ‘Hi, how are you doing?’ and for someone who's going through a lot, that's a really loaded question. I've found that when I ask people, ‘How is your mental health?’ it's kind of jarring. But we’re normalizing talking about your mental health because if someone were to ask me, ‘How are you doing?’ I usually revert to just talking about how work is going. I'm like, ‘I've been really busy, pretty tired.’

But then if someone were to ask me, ‘How's your mental health?’ and I'm like, ‘I'm pretty anxious lately…or all the time.’

It's a different question but I think it's also open-ended enough for people to answer however they want. Something we can do as colleagues is open up that space in a very purposeful way for mental health to be talked about.

Why is Diverse Leadership in STEM Important? 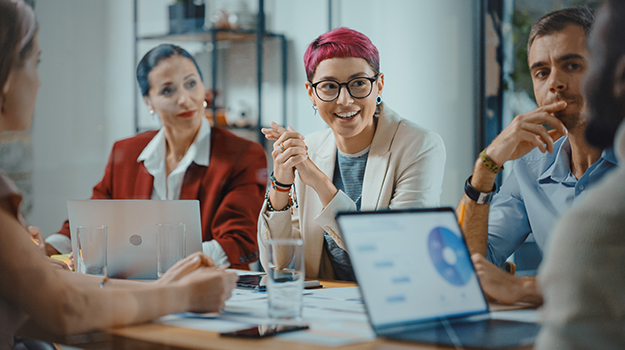 How to Tell if a Company is LGBTQ+ Friendly During a Job Search, According to an Expert 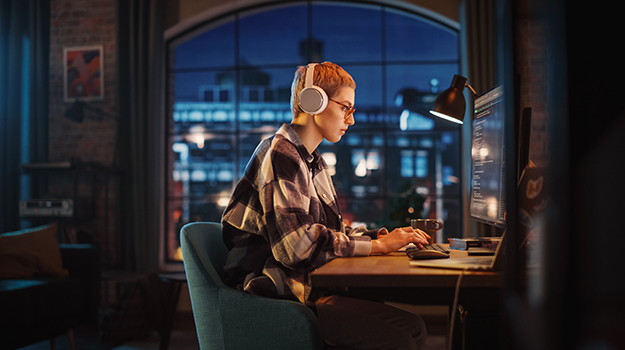